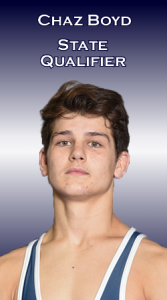 Chaz Boyd has signed to Ancilla College where he will join their wrestling team on a partial athletic scholarship.  He plans to major in Veterinary Technology.  Ancilla head coach Steve VanDerAa said he is excited about Chaz’s athletic ability and passion for wrestling.

Boyd had a record of 33-15 this season, giving him a total of 88 career wins for Elkhart Central.  He was a three-time regional qualifier, two-time semi-state qualifier, and made it to the State Finals this season.  He was also two-time All Conference Honorable Mention recipient.

“I have developed so many friendships with my teammates,” Boyd said of his time in the Elkhart Central wrestling program.  “I learned a lot about respect and work ethic from Coach Whickcar and rest of the coaching staff.” 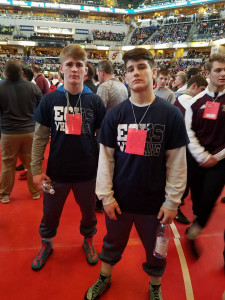 Ancilla’s athletic facilities were a big draw for Boyd.  He is especially impressed with the pool, track, weight room, and sauna available to all student athletes.

“Ancilla is getting a young man who is focused on pursuing excellence in the classroom and on the mat,” said Elkhart Central head coach Zach Whickcar.  “Ancilla will be a great fit for Chaz.  It’s a young program that he will have a chance to leave his mark on and I have no doubt he will have a successful career simply because of his relentless work ethic and passion for the sport.”